Diary belonging to Steward James Anderson of Black River, Stanley, dated January to September 1889. Some entries in another hand and some pages damaged by damp and defective. 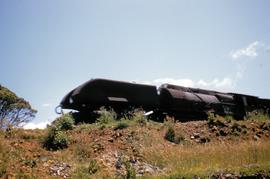 A5 Garratt steam locomotive near Wynyard

Colour photograph of A5 Garratt steam locomotive on tracks near Wynyard.

Two articles written by by A.L. Meston on Jorgen Jorgensen. 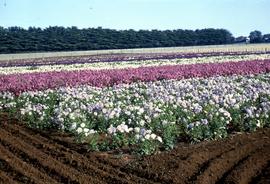 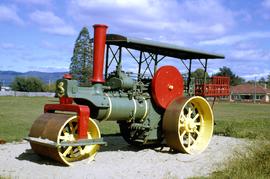 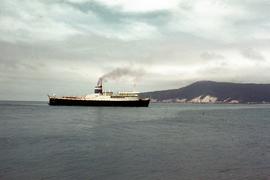 Colour photograph of cargo ship, Bass Trader, arriving at Port of Burnie, at Emu Bay, Round Hill in background of picture 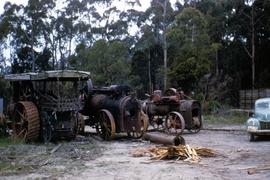 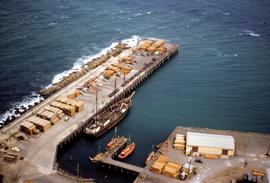 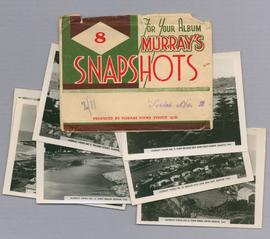 Eight small captioned black and white postcards in proprietary envelope. From envelope - For your Album, Murray's Snapshots - Series No. 2. produced by Murray Views Gympie, Queensland. Photographs like these allowed tourists to send many images of their holiday destination or hometown in the one small package. 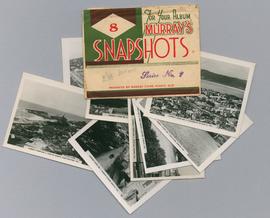 Eight small captioned black and white postcards in proprietary envelope. From envelope - For your Album, Murray's Snapshots - Series No. 1. produced by Murray Views Gympie, Queensland. Photographs like these allowed tourists to send many images of their holiday destination or hometown in the one small package. 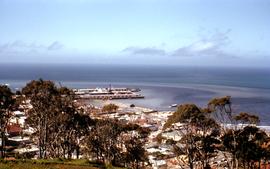 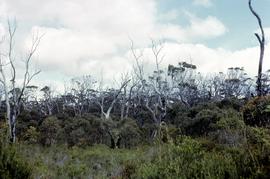 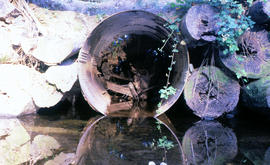 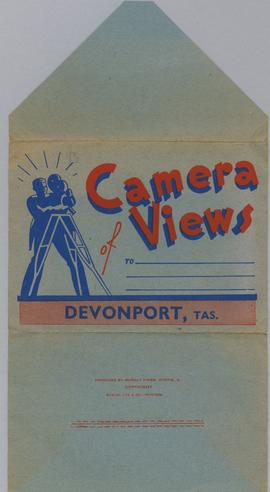 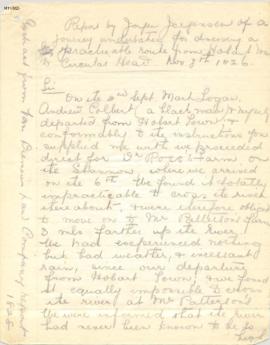 Copies of diaries of Jorgen Jorgensen, including Journey to Ouse Plateau, Repat of Jorgensen to V.D.L. Co. on route between Hobart and Circular Head, and Journal kept while exploring from Circular Head to the Pieman River, 1826-7. 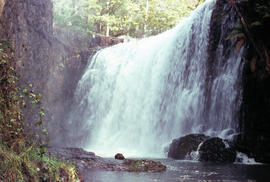 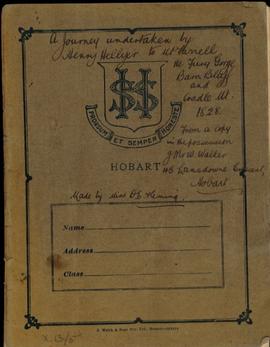 Copy of a letter from Henry Hellyer to Edward Curr, dated 29 November 1828, describing a journey to Mt. Farrell, the Fury Gorge, Barn Bluff and Cradle Mountain, and the discovery of river Mackintosh and Eldon Range 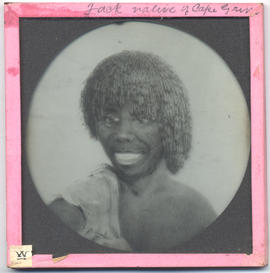 Material relating to Jorgen Jorgenson including copies of diaries

On Behalf of the Company: the explanation of Henry Hellyer 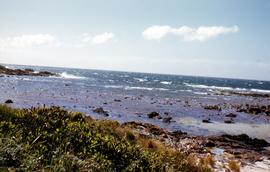 Settlement of the North-West Coast 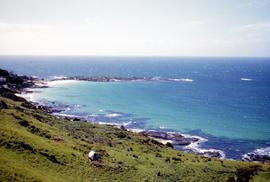 Postcard thought to be pre 1914

Photograph of the old barracks at Highfield, Stanley taken by George Musgrave Parker 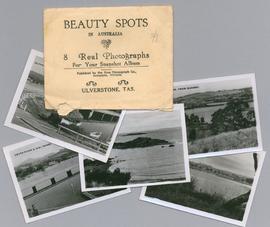 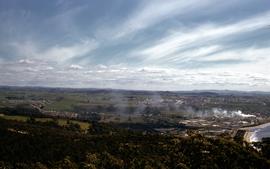 View of Burnie hinterland looking west from Round Hill

Colour photograph of Burnie hinterland, mouth of Emu River at Emu Bay and smoke billowing from the APPM pulp and paper mill at South Burnie, taken from top of Round Hill. looking west-south-west/ 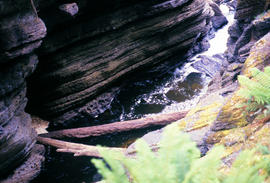 Water flowing in base of Leven Canyon

Colour photograph shows logs in base of Leven Canyon 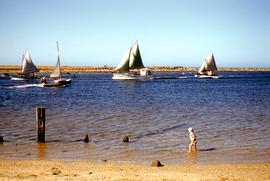