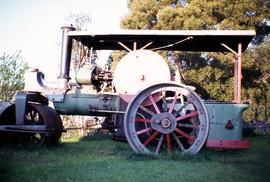 A & P Roller at Franklin House 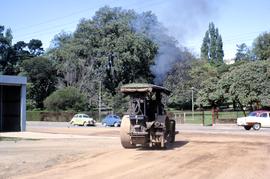 A & P Roller working in Launceston 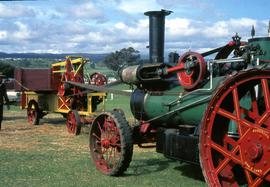 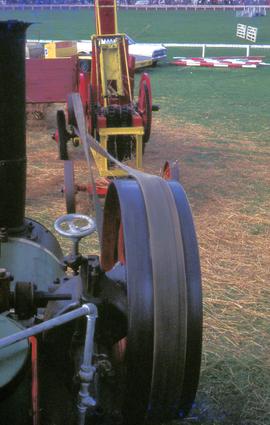 Colour photograph shows how a belt is connected to drive wheel of a steam engine and a baler, at a demonstration held near central arena at Elphin Showground, Launceston, also set up for sheepdog trials 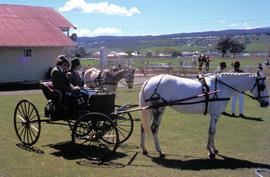 Diary of a voyage to Launceston

Copy of William Johnstone's diary of his voyage to Launceston, dated November 1841 to March 1842 on board the barque "Arab". 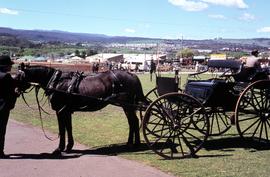 Horse and carriage at Launceston Show 1972

Colour photograph of dark bay or black horse in harness, with a black carriage at Launceston Show, 1972. Groom or driver also dressed in black. Other carriages in background.

The papers of William Johnstone consists a copy of his diary of the voyage to Launceston on board the "Arab" November 1841 - March 1842 and of material in relation to the business of Johnstone & Wilmot, general merchant, importer o... 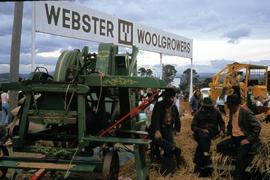 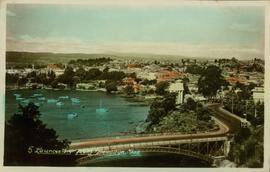 Postcard of Launceston from Trevallyn

Copy of William J. Johnstone's reminiscences of the history of William Johnstone's business in Launceston from 1842 and the partnership with Stuart Eardley Wilmot, who had married Rosa c. Johnstone, founding the firm of Johnstone & W...