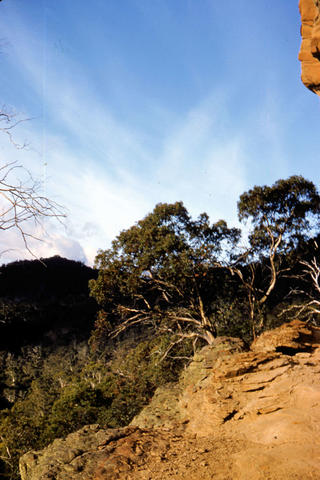 Arthur Charles Eagle Knight (1928-1993), was an engineer, amateur inventor, sailor, steam buff, photographer, motorist and bushwalker, who was active in many community and cultural organisations in Tasmania, living most of his adult life at Lindisfarne on the eastern shore of the Derwent River. He was born in Launceston to parents, Charles Eagle Leonard (Len) Knight, a surveyor, originally of Windermere Park, Claremont, and Dorothy Muriel (nee Hutchinson), originally of Logan, Bothwell, whose father, Rev. Arthur Hutchinson, was an Anglican Church minister. Arthur’s parents lived in several locations as his father surveyed many parts of Tasmania. Arthur attended school at Clemes College, Hobart, then enrolled at Launceston Church Grammar School, where he matriculated in 1947, before completing an engineering degree at the University of Tasmania in Hobart. He worked as a civil engineer and hydraulics engineer from the early 1950s, firstly with the Hobart City Council, then the Hydro-Electric Commission from 1962. Arthur met his future wife Margaret through the Hobart Walking Club, which he joined in 1948, and they married in 1957, raising three children. At Arthur's suggestion, the Hobart Walking Club advised the Tasmanian Government’s Scenic Preservation Board in 1954 that a reserve should be declared around Lake Pedder in the state's south-west, and the area was turned into a National Park in 1955. Arthur initiated a walker’s safety booklet, Safety in the Bush, first published by the Hobart Bushwalking Club, in 1962. Arthur owned a Kodak 35mm camera to take Kodak colour slide photographs during his many bushwalks and later purchased a Pentax SLR camera with wide angle and zoom lenses. Arthur was also involved in the Tasmanian Transport Museum, the Maritime Museum of Tasmania and the Veteran Car Club of Australia (Tasmania). He built his own boiler and steam engine, adapted from Victa motor mower parts, to power a former cray fishing boat, and in 1962 bought a Rolls-Royce for 500 pounds, which he restored and ran with the Veteran Car Club. In his retirement he contributed to academic journals on fluid dynamics and hydraulic engineering. Arthur was unrelated to the engineer Allan Walton Knight (1910-1998) the long-serving Commissioner of the Hydro-Electric Commission.

Part of the Images of Tasmania Collected by Colin Dennison