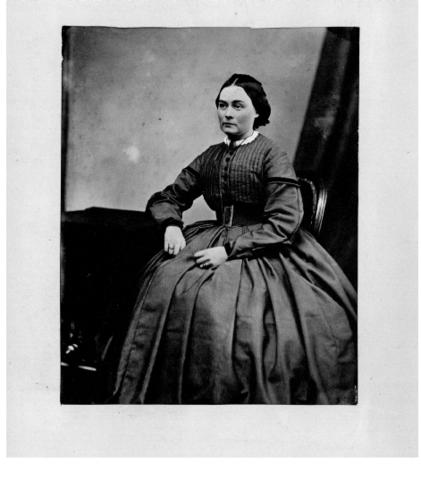 Civil Engineer and Colonial Architect in Van Diemen's Land, serving from 1827 to 1838 and responsible for all government buildings including those for penal and military purposes. Tasmanian Parliament House is one of his most notable projects. In October 1838 Archer accepted an appointment as police magistrate for the district of Horton. He filled this office, living at Stanley, until his death on 4 December 1852.
For more information see: http://adb.anu.edu.au/biography/archer-john-lee-1713

Charlotte Lee Archer, born 1834, eldest daughter of John Lee Archer and Sophia Mattinson. She married Dr Andrew Mowbray in Melbourne on January 1854. He died on 22 November 1854. There were no children.
The widowed Charlotte married William George Gibson, (visiting magistrate, Emu Bay), a year later, on 7 December 1855. They had three children, born 1856, 1858 and 1861. Charlotte and William went to live in England. He died there in 1870, and Charlotte returned to Stanley that same year with two of their children.

This photograph may possibly be of Charlotte Lee Archer, born 1834, eldest daughter of John Lee Archer and Sophia Mattinson.