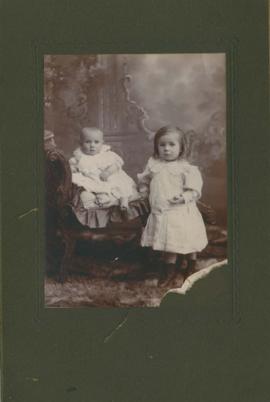 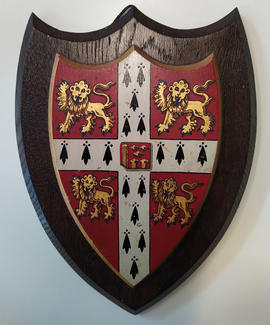 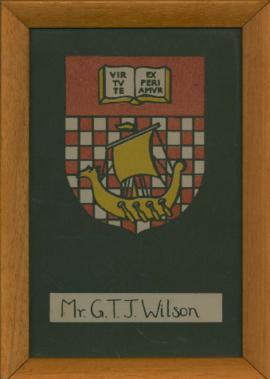 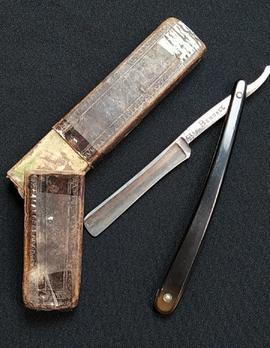 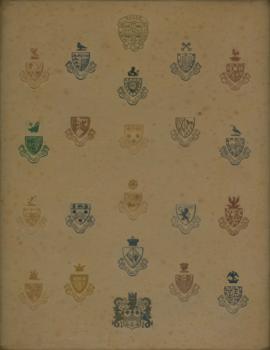 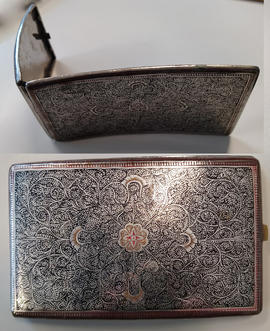 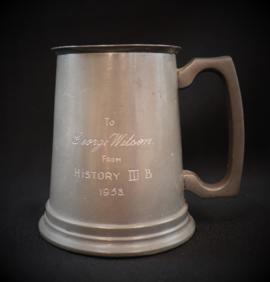 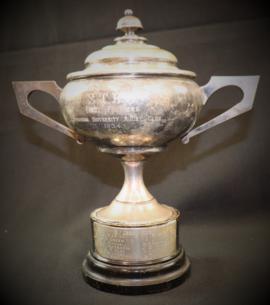 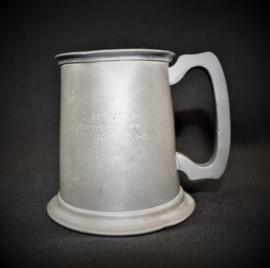 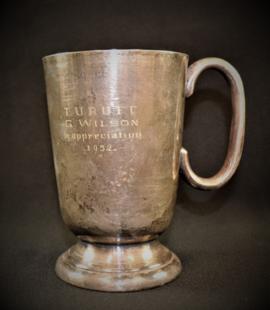 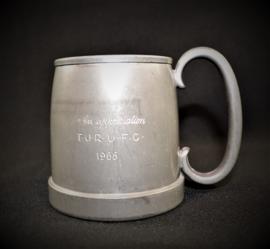 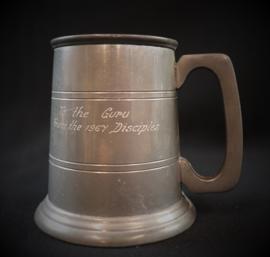 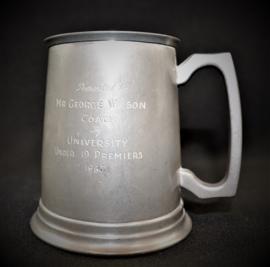 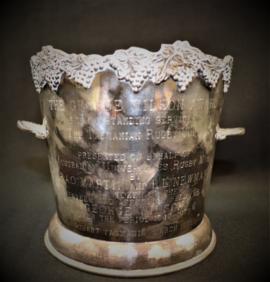 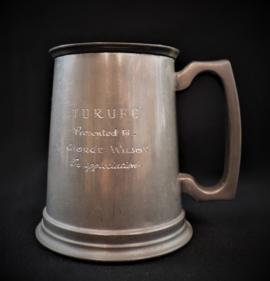 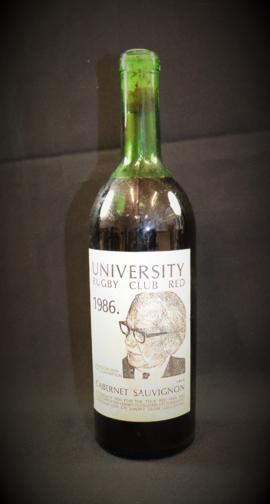 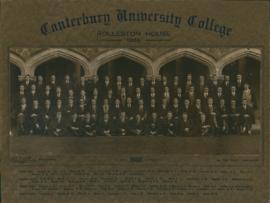 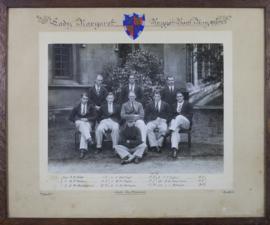 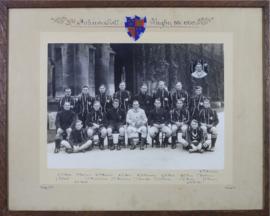 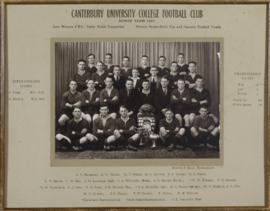 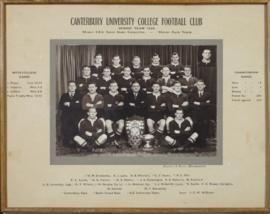 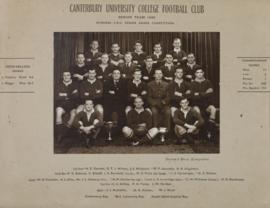 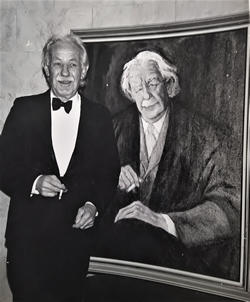 George Thomas Jamieson Wilson (1907-1991), university history lecturer and sportsman, was born on 5 September 1907 at Kumara on the west coast of New Zealand’s South Island, eldest son of New Zealand-born parents George Wilson, dredge master, and his wife Edith Alice, née Jamieson. George attended local Greymouth schools before being admitted to Canterbury University College (later the University of Canterbury), Christchurch, in 1925. He studied arts and some science subjects (BA, 1928), qualified as a teacher, and did postgraduate work in history (MA Hons, 1930).

Wilson began teaching at Greymouth Main School in 1929. The following year he became assistant master at St Andrew’s College, Christchurch. Selected first among three years of graduates for a postgraduate travelling scholarship, he took up residence at St John’s College, Cambridge, in 1931 (BA Hons, 1933). He travelled extensively during vacations and, on his return to New Zealand in 1933, wrote several articles for the Grey River Argus about the political situation in Ireland, Germany before Hitler’s rise to power, and post-revolution Spain.

Back in the classroom, Wilson taught science at Shirley Intermediate School, Christchurch (1934-35), and was assistant master at Wairarapa High School, Masterton (1935-36). In 1936 he was appointed lecturer in history at Canterbury University College. In connection with the New Zealand centenary celebrations, in 1938-39 he gave a series of radio talks on the history of Canterbury and produced a four-hundred-page history, publication of which was prevented by the outbreak of World War II. Wilson married Marjorie Nance Wood in Christchurch in 1939. From 1942 to 1944 he served as a meteorologist in the Royal New Zealand Air Force.

With the object of expanding his work in Pacific and Asian studies, in 1945 Wilson took up the post of lecturer in history at the University of Tasmania. His enthusiasm for Asian history was conveyed to his students in lively classes which opened up new ideas and put forward points of view quite different from established notions of the time. He dealt with the largest continent in four regions: Western Asia, with its major contribution to the religions of the world; North Asia, with its projection of Russian civilisation; India, which owed nothing to other civilisations; and the Far East, which, with China as its hub, acted as a civilising influence on Japan and the mainland all the way south to Australia. Wilson stressed the proximity of Australia to India’s four hundred million people and China’s five hundred million, and emphasised that these nations had been continuous civilisations for several thousands of years. Among his many students, Stephen Fitzgerald—later Gough Whitlam’s advisor on China and Australia’s first ambassador to the People’s Republic of China—stands out. In the preface to his book, Is Australia an Asian Country? (1997), Fitzgerald wrote that his intellectual interest began with Wilson.

A research fellowship at the Australian National University, Canberra, in 1949-50 enabled Wilson to visit India and to assemble a considerable body of information about political developments there. His application for study leave from the University of Tasmania in 1952 and 1953 to write up the results of his research was denied, greatly undermining his will to publish. Wilson did not produce any significant academic publications during his long career, which was a great pity for one who wrote so well. He implied that, for him, teaching had always come first: in an address to graduating students in 1974, the year he retired, he criticised academics who valued research over teaching and condemned the system that nurtured them.

Wilson was vitally interested in his students, in the standing of his university, and in the State’s education system. These interests were demonstrated by his being a pillar of the staff association; becoming the respected master of Hytten Hall, the university’s first residential college; by his determined opposition to the university administration’s position in the notorious and divisive (Sydney Sparkes) Orr case; and by his leading role in the Defence of Government Schools (DOGS) organisation. As president of DOGS in 1974, he explained that he was not against private schools, he was just opposed to spending money on them.

One of the strongest threads in Wilson’s life was rugby union, which he embraced for its character-building capacity. He had played in three New Zealand provincial sides and in college teams, and on moving to Tasmania he was instrumental in establishing the game there. He played for the State team during 1947-49, captaining it twice, and afterwards acted as State coach and selector. He continued to play rugby for the University of Tasmania and to coach schoolboy teams during the 1950s. Gardening was another strong interest.

Wilson was a distinctive figure. Short and nuggety—as befitted a rugby hooker—he had a mane of hair which became white as he aged, an ‘Einstein-type’ moustache (Milford 2001) on a wrinkled face, and a deep voice. That composition made him, in retirement, a very popular marriage celebrant.

Predeceased by his wife (d. 1972), Wilson spent the last few years of his life with a colleague from his earliest days at the university, Lin Weidenhofer. Survived by his two sons and two daughters, he died on 3 June 1991 in Hobart and was cremated. A portrait of him by the Tasmanian artist Max Angus hangs at the University of Tasmania.

Collection consists of rugby memorabilia and other material relating to the life and work of George Wilson, master of Hytten Hall, the University of Tasmania's first residential college