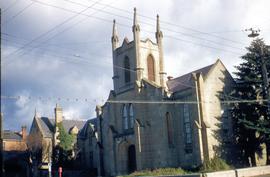 Colour photograph of a church building, constructed in greying sand stone, with ivy climbing up wall on attached building; originally the Chalmer’s Free Church and Manse, in Hobart, on the corner of Harrington and Bathurst streets, later the Chalmer’s Presbyterian Church; congregation merged with St Andrew’s in Hobart to form, Scots Church; Chalmers church building sold in 1954 to Neptune Oil Company, which demolished it to construct a fuel station. 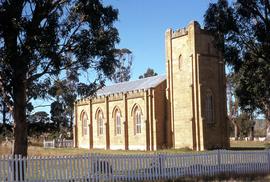 Bishop's letter 'to the lay members of the Church of England in the Diocese of Tasmania', with extracts from his charge to the clergy, reports of the sustentation committees, and list of clergy. 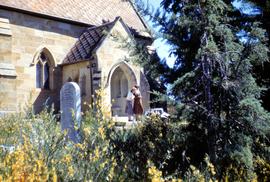 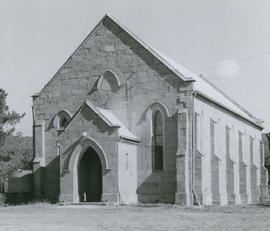 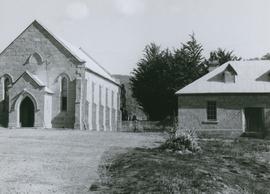 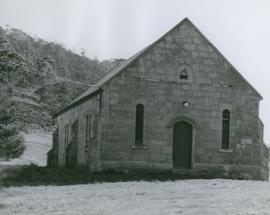 Photograph of the Congregational Church

Photograph of the Congregational Church, Broadmarsh, Tasmania. Taken April 1960.
Two churches were established at Broadmarsh, an Anglican church, St Augustine's in 1847 and a Congregational church in1861.
Location 1497 Elderslie Road. The Broadmarsh Uniting (Congregational) Church was built in 1861 on land owned by William Gunn, at ‘Arndell’. 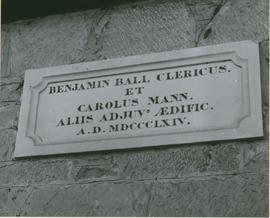 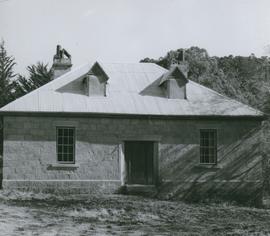 Photograph of the rectory of St Augustine's Anglican Church

Inscriptions on some graves in Richmond Anglican cemetery
copies by A.L. Meston. 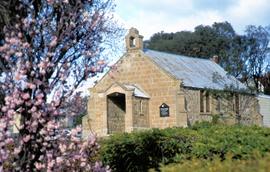 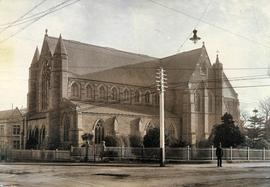 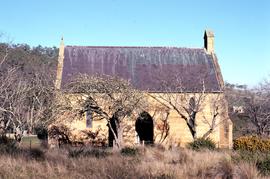 Colour photograph taken in winter showing side view of St James Chapel at Montacute, with the Hallett family serving as caretakers, since 1897 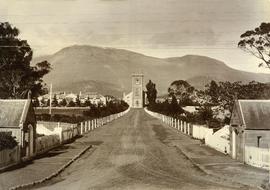 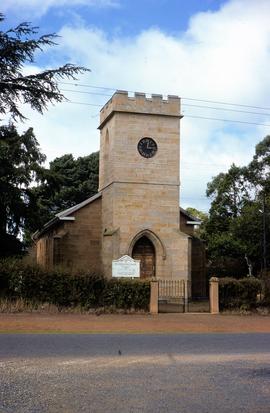 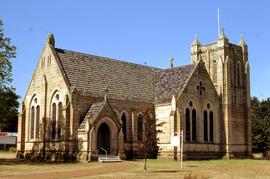 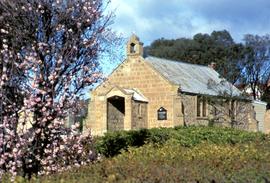 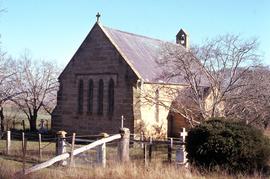 Colour photograph taken in winter, shows burial ground and churchyard surrounding St James Chapel at Montacute, under the care of the Hallett Family, since 1897