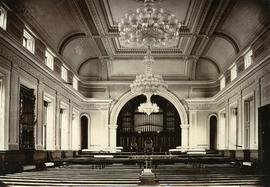 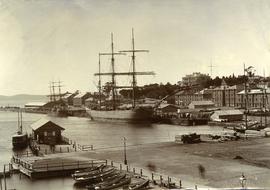 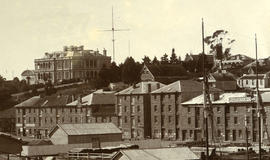 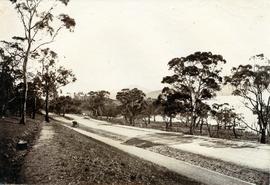 Black-and-white photograph taken looking north along Gun Carriage Drive towards Government House, Hobart, with post-and-rail fences on Derwent River side; a horse harnessed to a four-wheel carriage, is on the left of the road; a small jetty extend... 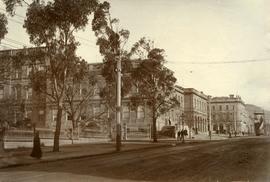 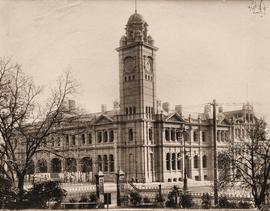 Hobart GPO before installation of clock in tower

Black-and-white photograph shows Hobart General Post Office viewed from Franklin Park before the installation of the clock in the clocktower. 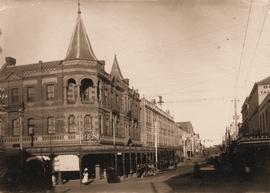 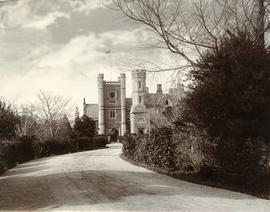 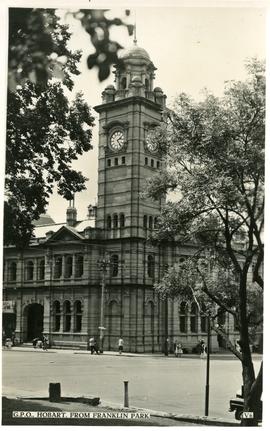 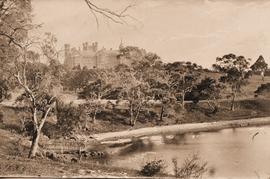 Government House in Hobart, viewed from the river, across Rose Bay