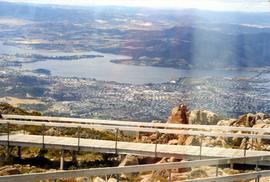 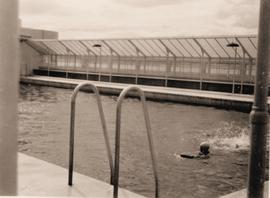 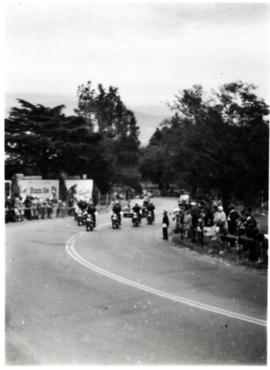 Escort for car near the Domain

Group of motor bikes escorting car up slope. Crowds lining either side of road. 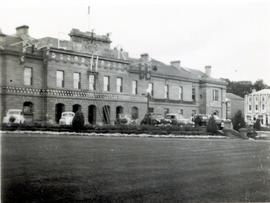 Parliament House Hobart. Flags being placed on front of building as decoration. 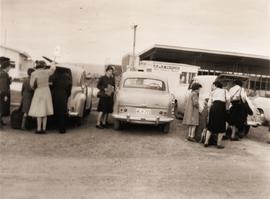 Group of people loading or unloading luggage from the rear boot of vehicles parked in the car park at Hobart Aerodrome. Building site and an aircraft parked on tarmac visible in background. 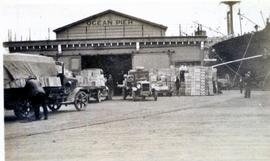 Black and white photograph of apples being transported by truck and unloaded on Hobart waterfront, at Ocean Pier, for export. 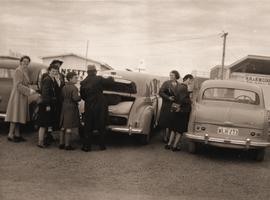 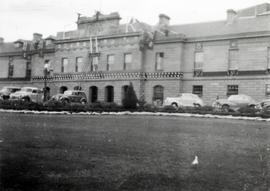 Cars in front of Parliament House

Black and white photograph of Parliament House in Hobart, with cars parked in front of building. Ladders reaching up to second storey. 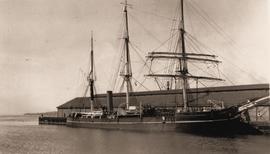 Discovery, a three-masted wooden ship docked at wharf in Hobart 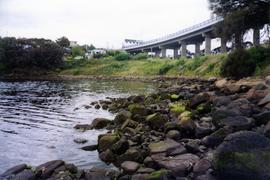 View of portion of Hobart's Eastern Shore with water in foreground and the on/off ramp to bridge. 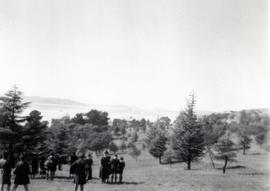