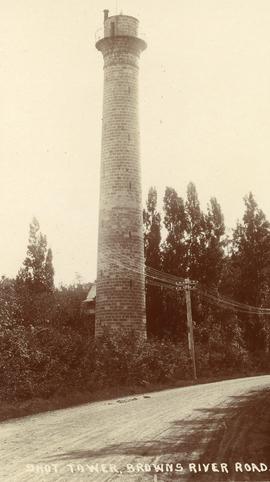 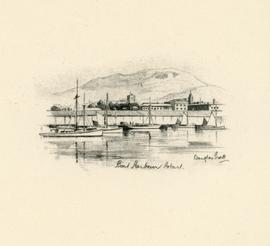 Small pencil sketch by Douglas Pratt of the Hobart docks with Mt. Wellington in the background. 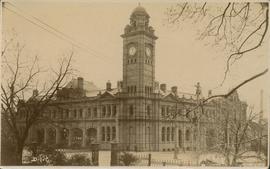 Postcard by D.I.C. Photo of the Post Office, Hobart, taken from Franklin Square 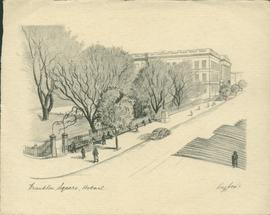 Sketch of Franklin Square, Hobart, by Roy Cox. Roy Cox (1903-1976) was a Tasmanian artist and print maker. He originally worked for Cox Kay printers in Hobart. 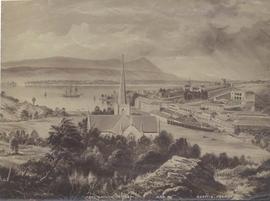 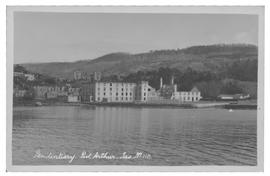 Postcard of the Penitentiary at Port Arthur. Ash Bester postcard, Tas. No.110 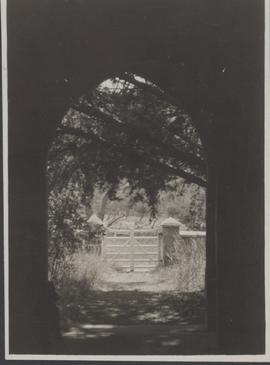 Photograph taken by F.M. Kennedy - thought to be Buckland church 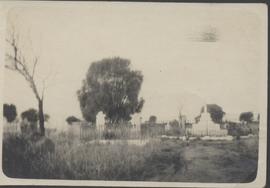 Photograph of the graveyard at Buckland, thought to be at the Buckland church 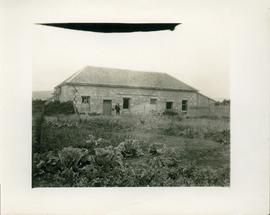 The old barracks at Spring Bay

Water colour painting by H A Southern, 'Paperbark trees on Swan River bank, East Perth', 1910. Given to Mr A Greatonex? By Olive Pink, 1972.

Photograph of reproduction of a ? painting or impression (4 copies). 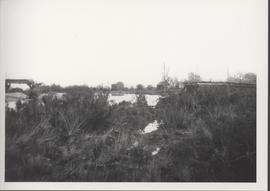 Photograph of Gala Mill on the Swan River near Cranbrook, Tasmania. Taken 1929. The Gala Mill was constructed by John Amos in 1842. 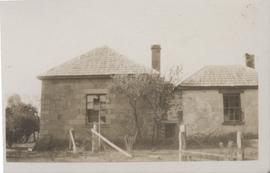 Photograph of side view of Apslawn House. A sandstone Georgian house built in the 1840's on 640 acres of land granted to John Lyne, MHA for Glamorgan ,1843-1865. Located on the Tasman Highway, Apslawn, 13km south-west of Bicheno.

Swan River above Cranbrook, near Melrose

Beach at foot of Mount Amos

Camping at Coles Bay, outside tent 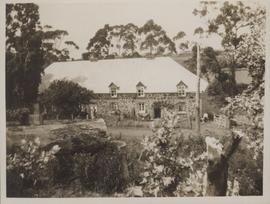 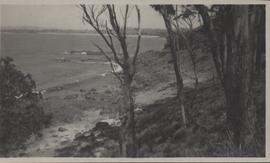 thought to be near Swansea 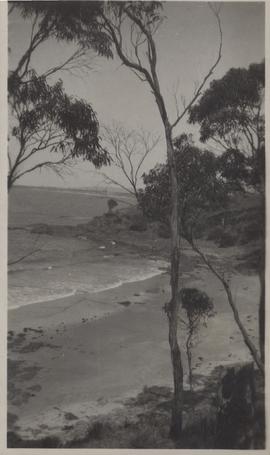 Thought to be Rocky Hills 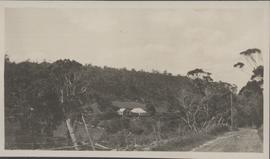 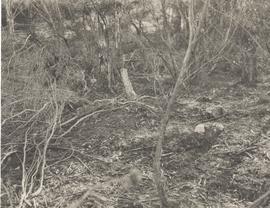 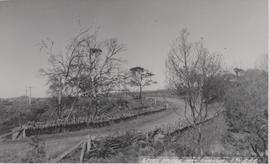 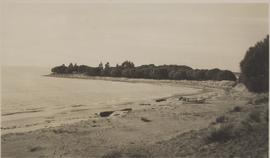 Photograph of Swansea Beach with Freycinet in distance 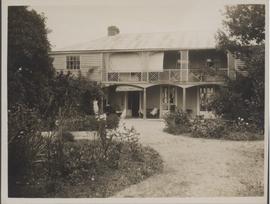 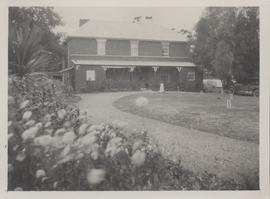 Photograph of Glen Gala House at Cranbrook. Adam Amos arrived in March 1821 in the Emerald along with George Meredith, and was advised to look for land on the unsettled east coast. Adam's capital entitled him to a grant of 1000 acres (405 ha...

2 storied brick houseNow known as Oyster Bay Guest House and located at 10 Franklin Street, Resthaven was built in 1841 and operated initially as the Black Swan Inn. In 1870 it became a store and then became a private residence which was occupied ... 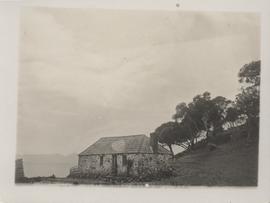 Photograph of Bluff Cottage, formerly known as Harbottle's Cottage and Caulfield Cottage. This single storey, sandstone rubble building with a corrugated iron hipped roof was listed by the National Trust in 1976 as it demonstrated the pri...

Scripts of articles, talks and plays

Collection consists of:(1) Theatre programmes and reviews etc.(2) Theatre programmes, cutting of review of Passers By from the Illustrated Tasmanian Mail, dated 7 July 1921, copy of licence and articles of Hobart Repertory Theatre, copy of Amateur...

Photograph of Westcott's Bookshop and circulating library, Collins Street, Hobart. Standing outside are Mr Westcott and a little girl, Till, wearing a pinafore. The photograph shows the shop of John Andrew, Bellhanger. The photograph was made... 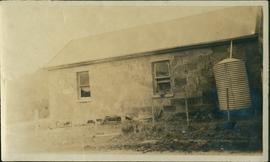 Photocopies of thirty letters written by Edward Nicholas Coventry Braddon and published serially in The Statesman & Friend of India, May to October 1878, describing life in Tasmania. entitled "A home in the colonies" also THRA articl...

A home in the colonies': Edward Braddon's letters to India from North West Tasmania 1878

Inscriptions on some graves in Richmond Anglican cemeterycopies by A.L. Meston. 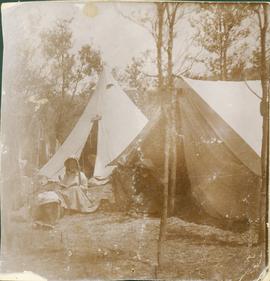 Photograph of Our Camp 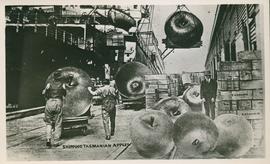 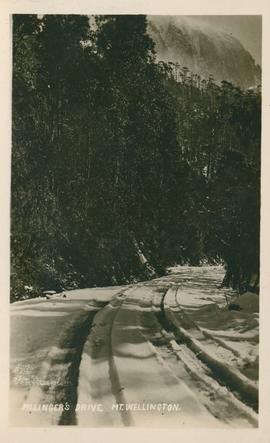 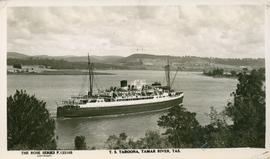 Postcard of the T.S. Taroona in the Tamar River 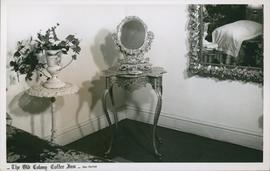 Black and white postcard of the interior of the Old Colonial Coffee Inn, New Norfolk, Tasmania 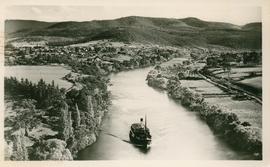 Postcard of a ferry on the Upper Derwent

Black and white postcard of a ferry on the Upper Derwent River below New Norfolk, Tasmania 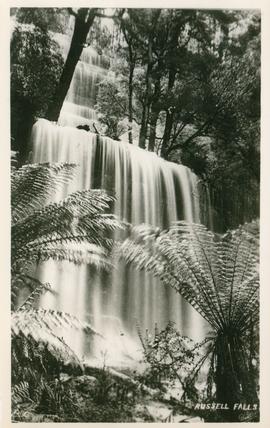 Consists of papers relating to Story's general and medical studies including diplomas, study notes and exercises, Aberdeen and Edinburgh

MA diploma, University of Aberdeen 1821. Awarded to George Fordyce Storey. Parchment document in Latin with signatures of moderators of the University, seal tag of blue and pink silk but seal missing.

Lecture notes for Medical Studies, Edinburgh. Notes on "Dr Horne's lectures on the practice of physic", including a description of various illnesses and notes on the treatment.

Alphabetical memoranda on medical subjects A - L. Title written in Greek on cover with quotation from Ecclesiasticus ch. 38 v. 4 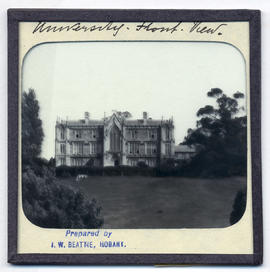 Front view of the University of Tasmania building, Domain House, located on the Queen's Domain, Hobart.