Collection consists of a typescript copy of an original diary of Peter Harrisson's voyage to Van Diemen's Land in 1822. 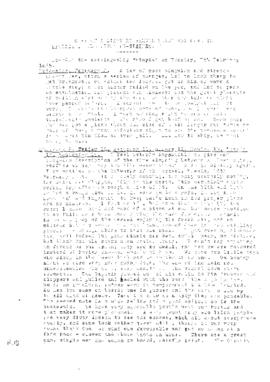 Diary of Samuel Ready of a voyage to Van Diemen's Land

Typed copy of Samuel Ready's Diary of a voyage to Van Diemen's Land in the ship Utopia, February to May, 1865. From the original diary owned by L E O Ready of Latrobe, son of Samuel Ready.

Collection consists of journals and letters relating to William Levitt Wells and his family.

Trooper Blackburn's diary kept between 27 March 1901 and June 1902 while a member of the 2nd Tasmanian Imperial Bushmen's Contingent at the Boer War. He noted the voyage, weather, work with the horses, marches, casualties, camps and the ...

Collection consists of 1 photograph album of people met, groups and scenery and account of a visit to Australia in 1909 written by L. Violet Hodgkin describing her impressions of colonial life (not always favourable ), the meetings and social fun...